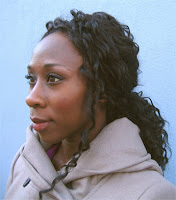 The remarkable story in this book is told in a voice most of us have never heard before. It is the voice of an old, black jazz musician from Baltimore recalling in his own unique dialect the precarious life he lived with other black musicians, first fleeing the Nazis from pre-War Germany to wartime France, and finally escaping to America.

A weird feeling rose up in me. Last I seen Unter den Linden, they torn out all them linden trees that gave the boulevard its name, tossed up white columns in their place, sanded the pavement so their damn jackboots wouldn’t slip.
"This ain’t our Berlin, Sid," said Chip.
I nodded. "It’s lost something I bet ain’t nobody even remember what it was."
"Except us, brother. Except you and me."

I took a very short survey of my friends who read this book. One of them, a Canadian, thought it was the best book he had ever read, and this was because of the reality of that voice. Another reader, an American, found the voice annoying, and felt the book was patronizing, or worse, even an insult. However you feel about this book is how you respond to the voice of the narrator.

The “half blood” of the title, and the hero of the book, Hieronymous Falk, is the trumpet of the little jazz band. He’s also a Mischling, the child of an African man from a German colony and a woman from the Rhineland. As the book opens, the musicians are in Paris making a last desperate attempt to record the sublime sound of this trumpeter on a wax disc. “And Hiero, well, there just wasn’t no Half-Blood Blues without the kid. Because it was his piece, see – he’d been the frontman, had written the damned thing in his own blood and spit.”

Next comes the horrifying scene where Hieronymous, who is without papers, is arrested in a café by the SS. Sid, the voice of the book, who is the bass player, was downstairs in the latrine and comes up only in time to be a helpless witness.

Something is certainly haunting Sid, but can it only be that he went with the Kid to the café in the first place, or that he didn’t somehow intervene?

Delilah, a woman who has helped them in the pre-War jazz scene in Berlin follows the band to Paris. But she is no longer with Sid, who still loves her, but with Hieronymous, the Kid. The way that this has evolved is told in a long flashback to Berlin.


I shook my damn head, give them both a dark look. Then I downed the czech, shuddered and turned to go. "You both of you off you nut. Ain’t no way Delilah interested in the kid. No way she feel anything for him, be it like a sister."
"I seen some low-down dirty things in my time," said Chip, whistling. "This is just the icing.”

In Paris the musicians have been waiting to acquire their papers, legal for the Americans, but illicit for the Kid, who as a German national, is the victim of the savage racism of the Nazis. In here there is a cameo of Louis Armstrong, a unique scene where Hieronymous and Satchmo play trumpet to the Horst Wessel song, an ironic gesture of defiance to Fascism.

Suddenly it is now, the present. Sid’s friend and fellow band member, Chip, lures him to the premiere of a documentary film, which is being made about Hieronymous Falk, the amazing black jazz trumpeter from the Rhineland, presumed to have perished in a concentration camp. They travel to Germany to see the movie – and it is right there in the theatre that Chip reveals, in the documentary, that he believes Sid somehow betrayed the Kid to the Nazis.

Yet we know this can’t be true, despite the weird guilt that Sid feels about the arrest in the café, as though there were something he could have done.

Now it also emerges that Chip knows the Kid is still alive, living in Poland.

They travel together – Chip with the reluctant Sid – to Poland and finally meet the sublime Hieronymous again. It turns out that the Kid has found another kind of life as an artist altogether, and is so uninterested in his career as a trumpeter that he didn’t even want to go to the premiere of the film.

As for how he feels towards Sid, it is not even a question of forgiveness.


It was the strangest thing. I gone over to Hiero then, unable to say a word, and just put my old hand on his shoulder. He raised his sightless eyes almost right on mine and said, real soft, "Sid?"
His rough palm touched my face, the fingertips passing over my closed eyes, my nose, my chin. I was nodding like a fool.
"You crying," he said.
"I ain’t crying," I said."

But what — you ask me — did Sid do? Of course I must not tell you. The challenge to readers of this book is to put all the pieces together.

I liked that concealment — and the woman, Delilah, was right there in front of our eyes the whole time. But I did find the arc of the plot rough. Discovery arrives too late, and without smooth delivery of the clues.

Maybe it is also is a flaw that it is difficult to keep track of all the characters. The jazz band of the book has many more musicians than Sid and Chip and Hiero, and they compete for attention with the important characters.

For myself, I thought that the voice of the book was wonderful. This is a real tormented person, whose story is ragged and true. However, I was disappointed by the way the plot was delivered I wasn’t always gripped. At one point I even threw the book under the bed.

Still I always got back to reading it. And after I finished, I thought about it. and thought about it again, asking myself whether I had fully understood scenes and motivations, wondering about the mystery of the Kid’s magnanimity at the end. This kind of infinite pondering is always the sign of a good book.

I also wondered what happened to Delilah? This story — by a woman, after all — pays little attention to the fate of women in that horrible war, and so much more to the worship of male fame.

Susan Haley is the author of seven novels including The Complaints Department and The Murder of Medicine Bear. Her historical novel about the priest-explorer Emile Petitot is forthcoming from Gaspereau in spring 2013.
Posted by The Fiddlehead News at 8:41 AM